We would like to welcome Barkingside players, officials and supporters to Church Lane. We hope they enjoy their short stay with us today.

Wormley wiped away the disappointment of their FA Vase exit with a thumping win against a strong Tower Hamlets side. Playing their skilful passing game Wormley found themselves a goal up through Cav Clarke but were soon pegged back by the visitors after 20 minutes. However their dominant play saw them regain the lead through  Mason Oakley and then George Beattie won and scored a penalty to make it 3-1 at the break.

Wormley soon found themselves 4-1 with Mason Oakley scoring his second. The game ended that way as Wormley controlled play until the end.

An away trip to NW London was rewarded with 4 points following a second half brace from George Beattie and despite a late deflected goal for the home side Wormley comfortably held on for the win.

Tuesday evening saw us take on Hackney Wick under the lights In a league game that would see us climb into the play off places.

A very good opening fifteen minutes saw us dominating possession again but with no goals to show for it. Hackney then came into the game and put the home defense under some pressure with keeper Reece Grundy having to deal with several high balls into the box and making a fine one one save to keep the scores level.

Wormley regained some control and were rewarded when Jonah Evans crossed for experienced new signing Charncy Dash convert from close range. A second came from Louis Offer  on the stroke of half time arriving at the back post from a corner to score.

The second half was all Wormley and George Beattie slotted home after a neat assist from Charncy Dash to make it 3-0. The fourth goal came from a Beattie penalty after MOM Kaydn Michaels was fouled in the box to wrap up the three points.

Wormley entered this game full of confidence and early play suggested another home win was on the cards. But as we all know football can be a funny old game at times and so it turned out.

After missing a penalty and several golden chances early on you could sense an upset was on the cards and the teams went in 0-0 at half time with the visitors not registering 1 shot on target.

Hatfield took a shock lead on the hour from a break away and despite dominating the play and hitting the bar Hatfield broke away again to double their lead.

Danny Haigue finnaly pulled one back for Wormley late on but with men again committed forward to try and get the equaliser Hatfield wrapped up a 3-1 win in the 95th minute with only their third shot on target.

A midweek trip to Huntingdon Town was rewarded with a fine 3-0 win in a game Wormley dominated from start to finish. On a tricky pitch after heavy rain Wormley players adapted better  in a totally professional performance. Three second half goals came firstly from Alex Michaelides on as a substitute for the injured Cav Clarke. Then the prolific George Beattie added a second before you Substitute Dylan Bloxfield added a third. Barkingside Football Club, based in Barkingside in the London Borough of Redbridge, was formed by a small group of enthusiasts in 1889, playing in the Ilford League, on a ground opposite the State Cinema in Barkingside High Road. They gained their first honour after the First World War sharing the Championship of the Ilford League. The club then disbanded in 1922/23 due to lack of support but resumed in 1925 as Barkingside Boys Guild in the Ilford Minor League. The name was then changed to Barkingside Old Boys and then the "old boys" prefix was dropped in the 1930s. The club gained the use of a pitch at Barkingside Recreation Ground, where they played for 25 years before moving to their present ground in Station   Road. The Club then became very successful in local football, winning the Ilford and District League on several occasions prior to World War II. The club resumed immediately after the Second World War and after a few seasons in the Ilford League they entered the South Essex League, finishing runners-up in their first season. The next season the club joined the Walthamstow League and also obtained membership of the Amateur Football Alliance. The club then entered the London League in 1950 and finished runners-up in their first season. They won the League Cup in 1956 and were beaten finalists in 1953 and 1963. They also won the Ilford Festival Cup and the Romford Charity Cup in 1952. Barkingside first entered the London Senior Cup in 1957/58. The club then joined the newly formed Greater London League in 1964/65 and won promotion to the premier division in 1965/66, but were relegated after only one season. A fire in the early 1970s forced the club to play its home fixtures at Woodford Avenue until the clubhouse was rebuilt. Barkingside entered the newly formed London Spartan League in 1976/77 and finished fourth, which earned them promotion to the Premier Division. This promotion was short-lived and they were relegated the following season. The Harry Sunderland Shield was won in 1984 and they were runners-up in the same competition in 1985. They also attained a creditable 5th-place finish in the League in 1985/86 which earned them a return to the Premier Division, where they remained until joining the Spartan South Midlands League, which was born by the merger of the London Spartan League and the South Midlands League in 1996/97. The league championship and the London Senior Cup were won in a memorable first season. Prior to the start of season 1998/99 the club came under the control of new owners and work then commenced on the ground, which was christened Oakside Stadium, to bring it up to Isthmian League standard. In 1998/99 they won the Premier Division again but were denied promotion to the Isthmian League. This setback resulted in the club wishing to move on to the Essex Senior League, but this request was denied due to an FA ruling that did not allow sideways moves within the soccer pyramid. To ensure that its desire to move was possible the club withdrew from senior football for one season and entered the Essex Senior League in 2000/01; a successful first season saw them finish third in the league and winners of the Gordon Brastead Memorial Cup. In the following season there were massive changes at the Club: the senior management team and committee moved on en-bloc to a Ryman Premier Club and the lease at Oakside was sold on to Ford United (now Redbridge) who needed to find a permanent home to allow their progression up the football pyramid. Barkingside FC derived considerable benefits from this. Considerable investment by Jimmy Chapman, the Ford/Redbridge Chairman, has seen Oakside developed to a grade 1 ground and Barkingside have a permanent ground-share agreement; indeed to demonstrate the intention that Barkingside would continue Jimmy Chapman became their president in a gesture of support. Seasons 2001/02, 2002/03, 2003/04 saw the club finish in fairly moderate mid-table positions as the new committee worked hard to consolidate the long-term future. The club continued to move forward competing hard for the Essex Senior League title and reaching 2 finals in the Gordon Brasted Memorial Trophy only to lose them to Hornchurch and Brentwood Town. In the 2007/08 season the club finished 3rd in the Essex Senior League finishing behind Enfield 1893 and champions Concord Rangers in the table. However they had led the division for some time but fell away towards the end losing 3 out of their last 4 games. The club is now entering a new era after the Taylor family left the club after 8 years at the helm of the club. After a turbulent start to the season where due to boardroom discontent Jimmy Flanagan took charge of the ship towards the end of December and with Tony Fenn's management team and a good group of players led the club to 5th place in the Essex Senior League and a well deserved 2-0 win over Burnham Ramblers, in the Essex Senior League Cup Final. It was a fitting end for the club after a hard season in which everyone involved at the club played their part! 2012/13 things got even better for Barkingside after a terrific campaign and a 2nd place finish, Side were promoted into the Ryman League One North and step 4 of the non-league pyramid. Under the management of Matt Frew (now in his second-full season) the club also won the Essex Senior League Cup final 9-1 against Bowers & Pitsea. 2012/14 saw the club maintain their Ryman League status with a game to go as Frew’s side finished 20th. It was a marvellous achievement considering at one stage the club were struggling after losing 11 matches in a row. At the end of the season, it was announced that the club would be moving to 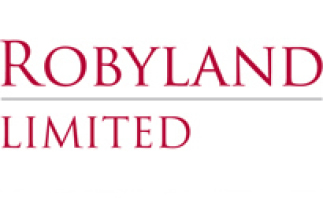